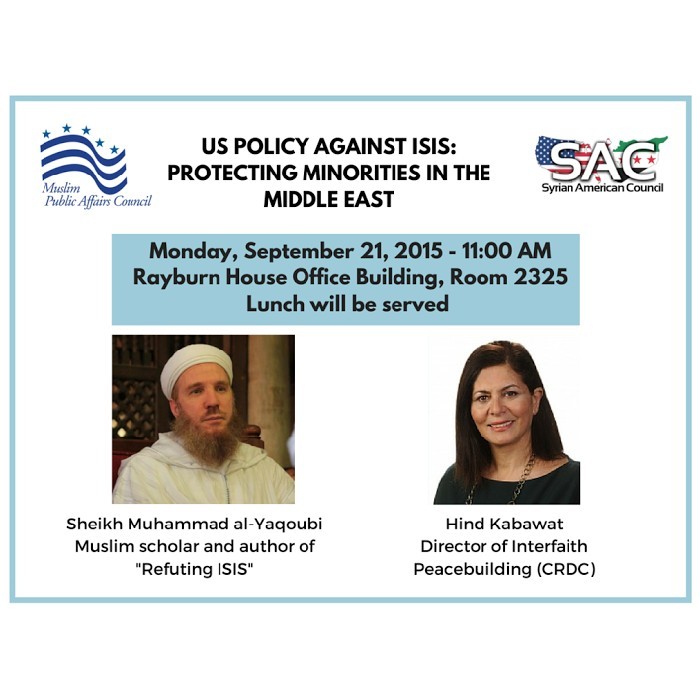 U.S. Policy against ISIS: Minorities in the Middle East

Speaker Bios:
Sheikh Muhammad al-Yaqoubi is the former preacher of the Grand Umayyad Mosque in Damascus, Syria and the author of "Refuting ISIS", a landmark publication that presents the view of mainstream Sunni Islam on ISIS.

Hind Kabawat is the Director of Interfaith Peacebuilding at the Center for World Religions, Diplomacy and Conflict Resolution (CRDC) at George Mason University. Her work promotes interfaith tolerance and cooperation, modernization and reform, as well as educational innovations in conflict resolution and diplomacy education.