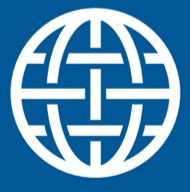 The Atlantic Council promotes constructive leadership and engagement in international affairs based on the Atlantic Community's central role in meeting global challenges. The Council provides an essential forum for navigating the dramatic economic and political changes defining the twenty-first century by informing and galvanizing its uniquely influential network of global leaders. Through the papers we write, the ideas we generate, and the communities we build, the Council shapes policy choices and strategies to create a more secure and prosperous world.

Founded in 1961, the Council provides an essential forum for navigating the dramatic shifts in economic and political influence that are shaping the twenty-first century by educating and galvanizing its uniquely influential, nonpartisan network of international political, business, and intellectual leaders.

The Council is home to ten regional centers and functional programs that advance the organization's mission.

The Atlantic Council has been ranked #7 "Think Tank to Watch" in the world by the University of Pennsylvania's Global Go To Think Tanks. The Council also debuted in four other categories in this annual survey of 6,826 think tanks around the world, reflecting the increasing quality of our programming and the expansion of our global reach. Our considerable momentum over the past several years has been recognized as the Council went from being unranked in this survey in 2008, to being first ranked as the #30 top US think tank in 2009, to the #17 US think tank in 2013.